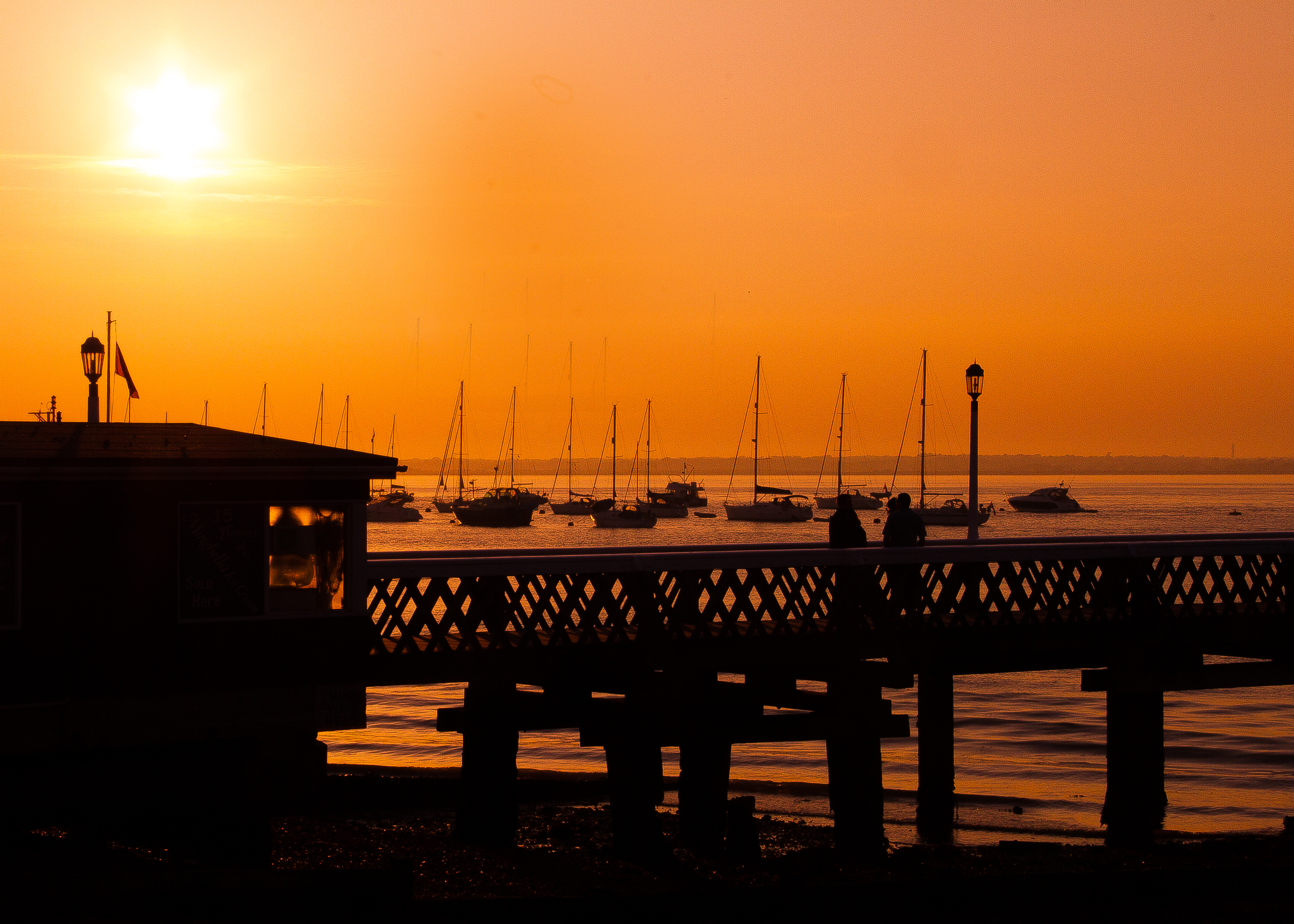 I had never been to the Isle of Wight before, so when Rebecca first got in touch last year we were delighted to get the wedding booked into our schedule for 2014.

First of all I have to say that if you are on the mainland reading this particularly in Hampshire and you haven’t already booked your venue then hop on a ferry and go over to The Royal Solent Yacht Club in Yarmouth because it offers a unique, trendy and different alternative to the commercial option.

The weekend proved to be a mixture of business and pleasure, Rebecca & Ed very kindly provided not only the ferry crossing for us but also put us up at the lovely West Bay Cottages in nearby Norton. This gave me an opportunity to take the family over who were also seeing the island for the first time, with the weather up in the 20s and clear blue skies it proved to be the perfect first trip over.

After setting out early on the Friday morning, we made the crossing from Lymington at around 120, the ferry was subject to a 20 minute delay as a result of an incoming coach breaking down on the ferry but we still arrived on the island by around 145 as its a very quick and pleasant crossing from Lymington. Rebecca & Ed had a marquee attached to the side of the Yacht Club so as the ferry pulled into Yarmouth the Yacht Club and marquee was very visible and the excitement of the weekend ahead and lovely weather started to kick in.

First port of call was the Yacht Club to check out the access and logistics of the set up, Ed’s brother (best man) and several other members of the wedding party were on site applying the final touches before the big day and it was all shaping up nicely. The marquee side was open and my first impression was how cool it was to be able to stand on a dance floor and look out over the water, the weather was certainly playing its part and I just remember thinking what a cool relaxed place this was. A mention to Coast & Country Marquee Hire, they had expertly installed one of the nicest marquees I’ve seen in a while, because of the layout of the land the dancing section of the marquee was slightly raised from where the meal was to take place but they tied it all together perfectly. Its black starlit lined ceiling and blackout sides was the perfect environment to get a party started, especially for the summer months when it stays light till later. A mahogany dance floor, was also provided, however you do have the option with us to upgrade to one of our lovely starlit dance floors, visit the dance floor page to check them out.

So after such great first impressions we made our way off to West Bay Cottages to start our weekend. The complex is a country club and I remember how blown away we were by how nice it was when we first arrived, its a mixture of different acomodation but we were in cottage number 3 and it was ideal for a family of 4 staying for the weekend with a lovely contemporary and well presented living area, kitchen, 2 bedrooms and bathroom with a nice power shower. The brief video below shows Cape Cottage 3 where we stayed, I didn’t film the bedroom or toilets just in case anyone was getting dressed at the time !

Also on site is a heated swimming pool, large football area with full size goal, laundry room and shop so everything you need really to base yourself for the weekend. 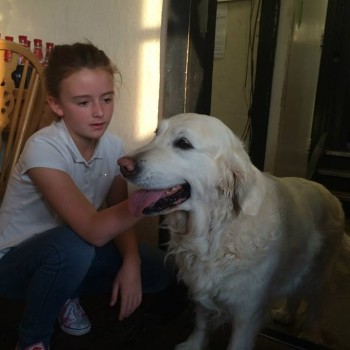 We spent the rest of Friday driving round the island (aimlessly at times) which can be done in less than a couple of hours before grabbing something to eat at The Blacksmiths Arms in Newport, like everything else this weekend it was perfect. Lovely food and rolling views across the north of the island and a friendly golden retriever called Crystal for my daughter to make a fuss of.

Wedding Day (Saturday) dawned to cloudy skies, however by the time I had showered and made my way to the Yacht Club for around midday to set up the sun had risen and done the business burning off the clouds leaving yet another glorious day on the island and the perfect setting for Rebecca & Ed to get their special day underway. 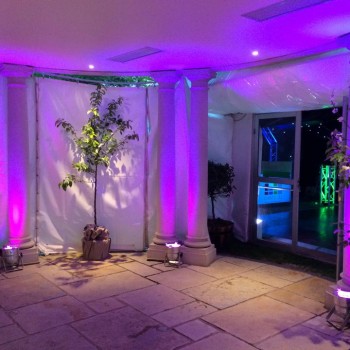 After catching up with Ed briefly before he was whisked away for his grooms lunch, the set up process was underway. Rebecca and Ed had really looked after us for the weekend so I had literally crammed everything I could into the van to set up a large show for them including the arch, plinths and sixteen uplighters which they had also booked.

I used the majority of the uplighters around the dance floor and the marquee entrance, the Yacht Club has some nice pillars so this creates a nice ambience as you make your way into the marquee. Rebecca & Ed also added a champagne bar (the perfect Yacht Club accompaniment) as well as a beer boat full of ice and bottles.

With all sound checks completed by 3 including mic checks for the speeches and the wedding just about to take place next door at St James Church, the scene was set. The weather and location give a real holiday feel to weddings at this venue, check out the video below …I was so absorbed with it all I even managed to get the year wrong at the start ! It is very much 2014, but certainly hoping for a return in 2015 …who knows.

The new Mr & Mrs Jennings arrived back with their guests around 430pm to start the celebrations, something I remember being a really nice touch was that the Yacht Club had sent a suited and booted member of the staff round to St James Church with a bottle of champagne and two glasses for the newlyweds, little touches like that really make a difference.

We were also providing the PA for the speeches due to start around 630 plus background music for the formal part of the day, a selection of our Radio 1 Live Lounge. Around 615pm the guests went through for the meal which were opened by the very entertaining MC, a guy called Matt for quite possibly one of the most “borderline” MC’ing performances I’ve seen to date. Yes plenty of blue jokes and innuendos but it really did fit very well with the crowd made up with a large contingent of Insurance and Rugby connections.

Due to my love of Charlton Athletic in the round ball game I didn’t actually realise until the speeches that Ed had an 8 year career playing professional Rugby for Harlequins, in fact I was told by somebody that he was also one of the few players to also play Rugby League.

Despite a lot of piss taking from Matt I think the bottom line was the Ed was a very talented player, with his potential limited only by selection policies. Something I can relate to after my own promising cricket career came to a standstill for the same reasons.

After the speeches I remember taking some time out to enjoy a cold glass of beer with the music playing in the background and sitting by the waters edge under the early evening sun thinking how lucky I had been to get an opportunity to come here on such a perfect weekend weatherise. It really was the perfect day, Rebecca and Ed couldn’t have pieced it together more perfectly.

So with the formalities ending up just after 9pm, we got the disco underway straight after and before I knew it it was midnight. With the party in full flow and no sign of things letting up I just played on till after 2am finishing with an unusual request from one of the guests to plug his yukele into my monitor. He had done a piece in the church earlier on so the evening ended the way the day had started.

So that was it …after a year of anticipation and planning it all came to an end as Mr & Mrs Jennings left the marquee to their final choice song “Show Me The Way To Amarillo” and the pack down commenced shortly after. I got away just after 4am and was back at the cottage by quarter past. 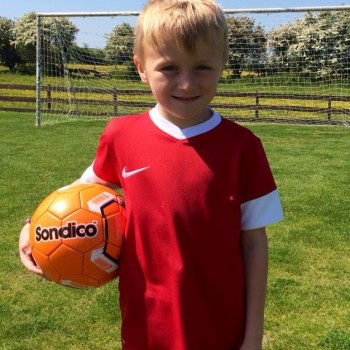 We were up fairly early in the morning and after one final game of football with son Jude we finished off the weekend with a couple of hours over at Alum Bay on the west coast to visit a few attractions and see the needles.

Alum Bay is a good place actually and worth a full days visit, in our short time there we managed to have a game of crazy golf, make ornaments out of the different coloured sands that the area is well known for before grabbing something to eat  and seeing a glass making demonstration before heading back to Yarmouth for the short trip back to Lymington.

So a memorable weekend, huge congratulations to Rebecca & Ed and once again many thanks for giving us the opportunity to visit the Isle of Wight on such a beautiful weekend.

In the meantime its time to spread the word, if you were at the wedding or know the Royal Solent Yacht Club on the Isle of Wight drop us a comment below. 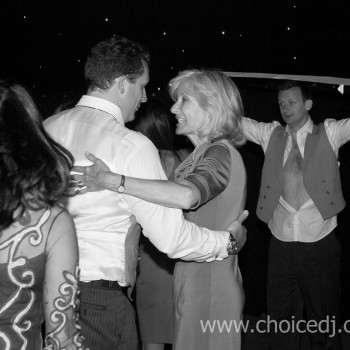 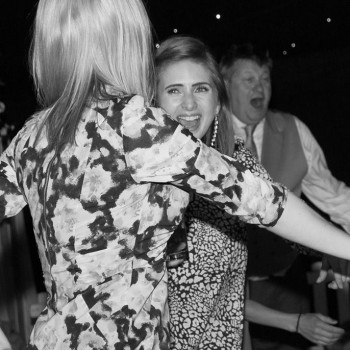 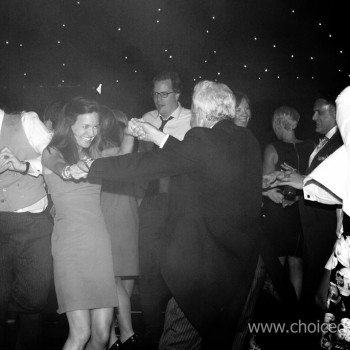 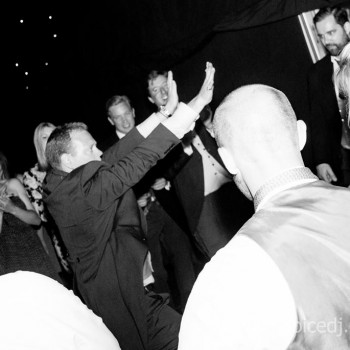 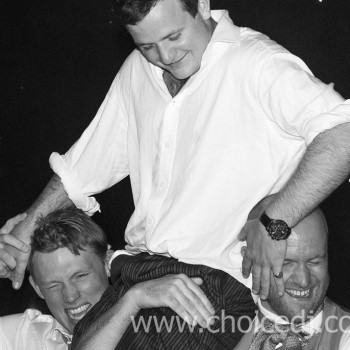