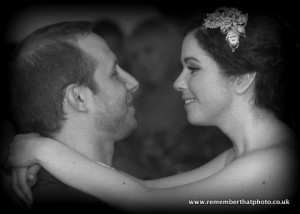 On Saturday we were back at Winters Barns for the second time in 3 weeks for the wedding of Lucy & David.

I was chatting to David before the first dance about his experiences as a DJ out in Cyprus where he previously lived before moving back to the UK, apparantly out there the Police have a real issue with sound coming from bars, David said, “it was crazy sometimes, you would be playing in a bar with one eye on the road for the Police. When they came along you had to turn the sound right down because if they heard it from the street they would come in and warn us, you would be in the middle of playing a tune and all of a sudden people were saying to themselves whats going on when the music was turned down” …which does seem strange considering it forms part of the islands income from the tourist industry, although the same issues obviously don’t seem to apply in places like Aya Napa.

This was a wedding that felt that it had come round so quickly, David and Lucy must of booked in at least a year ago …as the weeks go by in the wedding industry you tend to focus on the next weekend rather than anything else too far ahead and almost every week when I’m prepping for the next wedding it amazes me how quickly they all come round. We have been to Winters Barns three times now since the end of last October so won’t go into any depth again reviewing the Canterbury venue, if you wanted to read a previous review of Winters Barns please click here. 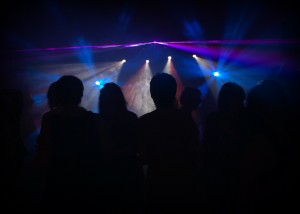 laser lowers over the crowd

We got underway at around 8:30pm, slightly later than planned so with the evening guests arriving into the disco room from 7:30pm we put on a selection of 80’s Soul background music to ensure a nice ambient feel as the speeches were taking place, the one thing I have to say about this wedding was that there was an extremely relaxed feel all night long. We opted for a slightly different lighting arrangement than usual, in use again for this one was our stunning new laser …and it’s great to see how this amazing light affects people on the dance floor each week as dancers appear to interact with the light by trying to grab the laser lines and dodge the tunnel effects as the unit does its thing. 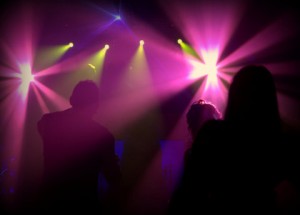 Also we usually install moving heads on the floor but for this one we decided to mount the 360 degree units on the arch which looked spectacular alongside two moonflower lights with the laser towering overhead – as you can see from the photos it looks stunning with everything going at the same time.
We also installed 4 uplighters around the room to give the exposed wood a touch of colour. Music wise it was a night that flowed mainly between Motown, Party Classics and the bride and grooms requested music which we fitted in towards the end of the night when the dance floor was at its peak. The night also finished off on a personal note as we used the mother/groom song as the encore just before 12 which was a lovely way to end the evening. 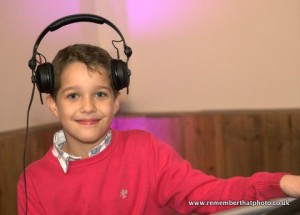 The night will also live long in the memory of one of the bride and grooms young relatives, a 7 year old boy called Aiden who is an aspiring DJ with a dad who has experience of promoting events at the Ministry of Sound in London. Aiden had come up to me before the party started really keen to take a look at all the kit behind the booth and from that moment he was transfixed, I was really impressed at the depth of his knowledge for a 7 year old, his rhythmical timing, his mum tells me he spends all his spare time on DJ mixing software and that was really evident. He paid a couple of visits to the stage during the evening so I gave him a few tips on how to please a wedding crowd and surprised him at the end of the night by letting him say goodnight to everyone and letting him press the button to play the final song, it’s never happened before but I think its important to encourage children to follow their dreams rather than behave like a “stick in the mud” …on Monday morning I had a lovely email from his mum thanking me for the experience (see comments at bottom of the page).

We are taking a break for the next two weeks to work on some promotional nights we are planning for later in the year (further details to follow) …but will be back next at Vanessa & Anthony’s wedding on the 27th at a gorgeous Sussex hotel which we havn’t reviewed yet, in the meantime we would like to thank Lucy & David for allowing us to be a part of their special day and wish them all the best for a great future together 🙂 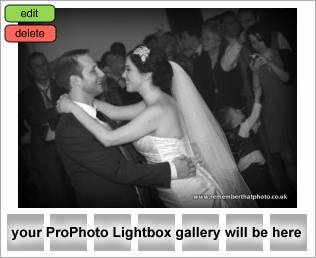