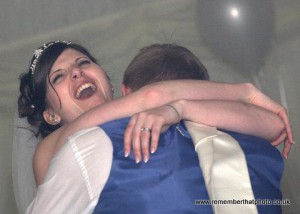 After yesterdays marathon day with Leanne and Jack at The Hilton in Cobham we were back on the road at 10am for Jillian and Nicks wedding which was being staged in a marquee at a private residence in Tadworth, Surrey.

Jillian had a last minute change of mind and decided to book an early set up with background music during the meal, the property had a huge garden with a carpeted path leading down to the marquee …and with the weather still being indifferent it was good to get this done nice and early rather than lug all the equipment through later in the afternoon after the guests had all arrived back at the venue after the ceremony. I had to be elsewhere during the afternoon so as promised I left a Michael Buble compilation on an iPod hooked up to a speaker for the best man to activate for music during the meal. There was a slight issue with space when we arrived as the marquee had to be moved the previous day which had left the DJ area with an uneven surface, so after a few discussions with Jillian in the morning we ended up moving one of the tables onto the dance floor to free up some space on a flat surface to the side of the marquee which worked out fine in the end. 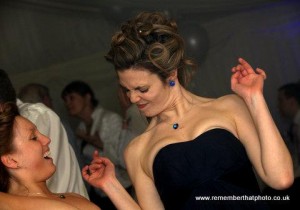 We got back to the marquee at around 6pm to prepare for a 7pm start, but with all the formalities completed over an hour ahead of schedule I put on some Soul/Funk background music for the guests to enjoy while the marquee company cleared the tables, served coffee and made a few final adjustments before the first dance. As I announced the new bride and groom to take their first dance as a married couple there were was a great deal of amusement and a few raised eyebrows as I played the first few bars of the YMCA as requested by the bride, but just as the leather clad 1970’s boys were about to belt out “Young Man” order was restored as the “real” first dance was played which ensured a nice relaxed mood for the rest of the evening thanks to the bride & grooms sense of humour at the outset.

It was an intimate occasion with around 60-70 guests, Jillian and Nick had provided around a dozen requests for the evening which we tied in with their request for Party Classics and songs with hand movements. The onus was clearly on having a fun time with their closest family and friends and the evening ebbed and flowed with the bride and groom cutting shapes on the floor with their guests pretty much all evening. It was a classic marquee garden party with a few guest requests for latest charts thrown in, Frank Sinatra ended proceedings at midnight as we prepared for the big pack down of equipment and journey back before doing it all again tomorrow up in Hertfordshire.

If you were at the wedding how about leaving us a comment. 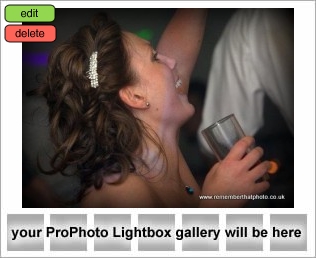 If you were at the wedding how about leaving us a comment.