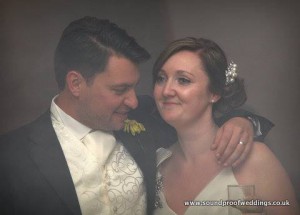 After the short turnaround after Mondays wedding at Gaynes Park in Epping we were back in action on Thursday as the weekend began early at The Little Silver Country Hotel for Amy & Craigs wedding. It was my first visit to this venue although I am going back there in a couple weeks for Richard and Hannah’s big day …and after my first taste of The Little Silver I’m eagerly anticipating the next one.

Set in the Weald of Kent, the venue offers a peaceful countryside location, we were just here for the evening reception so set up was during the room turnaround time after the meal which was around 630pm. The access is very straight forward into the Kent Hall, it has a unique octagonal shape which I havn’t come across before and is designed to emulate a Kentish oast house. The room features stained-glass windows and chandeliers accommodating up to 120 guests for the wedding breakfast and up to 150 in the evening. If you are a supplier then you can literally pull straight up outside and your straight into the Kent Hall, it couldn’t be easier. 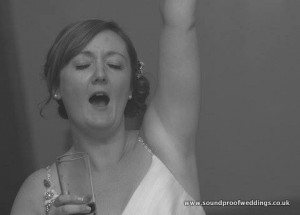 If you are considering this venue for your wedding then here’s several observations from a DJ point of view that make it a great venue. Firstly the acoustics …it’s one of the best sounding venues I have ever played at, the carpet and wood in the room provide a lovely balance aided by the “dome like” ceiling which is nice and high. There is a wooden octagonal dance floor in keeping with the shape of the room and the room would look stunning with uplighting (please see our Creative Mood Lighting Package). The size of the room is actually quite deceiving from the outside, but when you step inside the ceiling height and shape make it feel exclusive, spacious and very different to a lot of venues …the staff are friendly and inside the room I didn’t think it felt like part of a hotel at all. As mentioned in a lot of previous reviews I love the fact that the bar is in the same room as the disco, I think it’s so important to keep people in one area during the evening and the Little Silver works perfectly in that respect, also there are no issues with the use of haze so you get a stunning light show, check out the video below as Amy, Craig and guests enjoy an 80’s section of their playlist which included Erasure, Jacko, Sugar Hill Gang and Starship.

Considering this was a Thursday wedding it was a very lively evening and there was an excellent atmosphere in Kent Hall all evening, Amy and Craig had also laid on the  increasingly popular photo booth option with props for added silliness which always goes down really well, on this occasion it was provided by Photopoint.

Amy’s music requests were centered around the 80’s backed up with all the best from the 70’s disco era and 60’s, disco legend Craig pretty much strutted all night to anything and everything played …definately one of the most animated grooms I’ve seen with “Dirty Diana” and “Apache (Jump on it) particular favourites during a fantastic last couple of hours on the octagonal dance floor which also included a “Squeeze” tribute, one of the couples favourite groups. 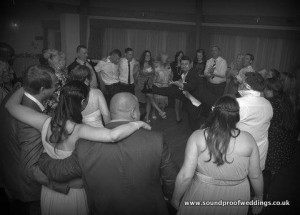 Craig struts during the final song

This wedding was originally scheduled to take place at The Hop Farm in Paddock Wood, but after the venues financial problems and uncertain future at that particular time Amy and Craig decided to switch for their own peace of mind, the Little Silver proved to be the perfect choice …some things are just meant to be. 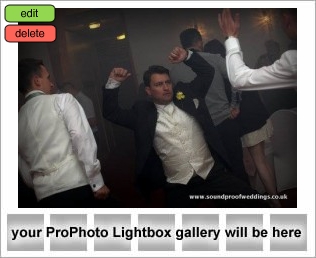 Don’t You (Forget About Me) Simple Minds