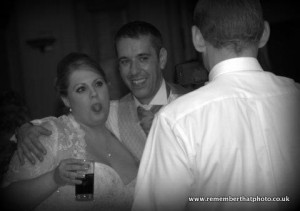 When a bride comes up to you with an hour of a wedding gig left and declares “It’s been brilliant, all your reviews are fully deserved” …it’s got to be one of the best feelings of satisfaction a DJ can ever experience.

I’ve always stressed to brides that it’s important to stamp their music tastes on a reception, so it’s a unique experience in keeping with all the effort that goes into every other part of the day. If the bride and groom are happy and on the floor then that’s the place family and friends want to be on the big night. Vanessa had already emailed me earlier in the week and mentioned that it was the bit of the day that they were both looking forward to most and when I arrived and introduced myself to the couple I immediately got a good feel about the evening.

I arrived at the venue at 6.30 coinciding with the end of the wedding breakfast, the South Lodge Hotel is a 5 star hotel in Horsham and the room the reception takes place in is a superb environment sound and size wise, the room is actually on the ground floor but because of the sloping lie of the land access is via a large flight of stairs at the rear of the building. Once your into the room the set up point is immediately in front of the entrance doors which is a great spot opposite the entrance to the room. The venue lay a nice chequered dance floor as well which looks really cool and once set up is completed the dj booth has a curtained backdrop. That was one of the things that’s great about this venue …the curtains are heavy and lined and shut out all the light perfectly when drawn, so if your getting married there in the summer there is no issue with daylight once the reception gets under way. There was no mood lighting on this occasion, the room is great as it is but consider adding Creative Mood Lighting as it would definately look stunning.

We set up the PA, lighting,booth and arch in about 40 mins and dipped the lighting and put on a Trevor Nelson Soul mix to set the mood as the guests returned to the room just before 8pm for the cutting of the cake which took place on the dance floor, once the toastmaster had completed his duties the show was under way with the first dance, a lovely 90s R&B smooth groove (see playlist below). 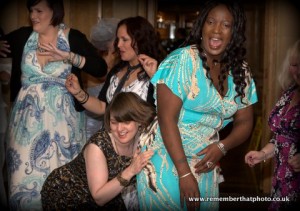 It was quite an intimate reception of around 80 people, average guest age was around the 30-40 mark I’d guess which is always really good as they appreciate some of the older R&B, Soul tunes as well as the latest stuff, there was quite also a fair contingent of older children present so at the outset we played some more recent chart tunes to get it going, although as the evening flowed I was quite impressed with some of their older kids requests 90’s Hip Hop requests later on in the evening…unless they were running errands from their parents lol 😀 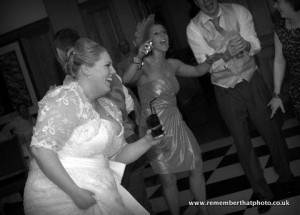 As the buffet cleared and the core of the dancing adults, bride and groom returned to the floor I started to drop some guest requests …the night never looked back from there, it really was a top top night with something for everyone, it just flowed very naturally with a noticeably happy atmosphere on and around the floor to match. A few of the guests came up at the end and we exchanged memories of the songs that I’d played in the last couple of hours and that is when you really know you have put on a bespoke show for the crowd, it’s a genuinely great feeling knowing you have gone back in time and reminded partygoers of times in their lives through the power of music. I think its realistic to say that this one could of easily gone another couple of hours but this good thing had to come to an end at midnight.

We are back out on the road this Saturday looking forward to Anna & Chris’s reception in Hertfordshire, in the meantime we wish Vanessa & Anthony all the very best for their honeymoon and the future together, thanks for letting us be a part of your special day ! 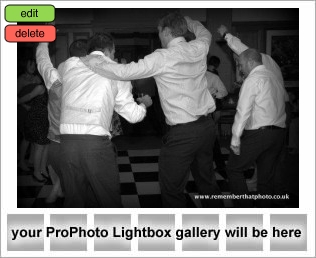 First Dance Every Time I Close My Eyes Babyface