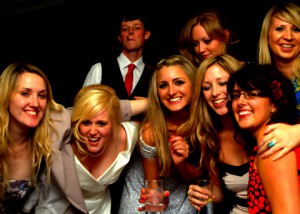 Now …this is not an advertised wedding venue and the venue do not actively promote themselves as a wedding venue, its a private members club and you must be a member or relative of a member to hire the venue for your wedding …and this is a massive shame, because having worked at over 80 weddings since March this year it does without a doubt work as a fantastic wedding venue, would probably be a fraction of the cost of the better known more commercial venues and has a couple of unique features. The bar is part of the main building and this is something of a dream home in itself, for starters there’ a lovely huge cosy open fire which gives off a lovely smell similar to the gorgeous open fire that greets you at Lympne Castle, there’s some comfy leather chairs and a quirky staircase that leads up to a mezzanine level, there is also plenty of original wood paneling and beams throughout – its a room you really want to be in. The wedding meal and disco takes place in the marquee attached to the building, this is actually erected over the practice putting green and patio area …and thats where it gets interesting. The putting green is obviously covered but the patio are isnt so as you walk into the marquee you are actually walking on a patio paving which seems a bit strange but works absolutely brilliantly, this is actually the dancing area ! Carry on walking and you then go down some steps onto the hessian which covers the putting green, either side of the steps are some flower beds, it sounds strange and it is unusual to saee these things in a marquee but it really does work brilliantly. We put some floor standing “moving heads” on the patio and some blue uplighters to provide the atmosphere and we were also able to use a haze machine which was the icing on the cake. The plain white uplighters also had a dimmer switch so it really was very atmospheric and club like once we had set up. Heating wise there was a great machine in there that was very rapid to work so no issues with warmth, it was hard to believe it was October.

Onto the music, Aimee and Luke were happy to go with the flow on the night and it ended up being a pretty modern dance based set of music with a few of the bride & grooms pre selected 90s garage tunes thrown into the mix. The guests were as great a crowd as you could want …lively, animated andvery much up for it, generally a fantastic group of people who all knew each other ! It was a huge shame that we learnt at 11pm that the license prevented us from playing any longer, as this one had hours left in it but we finished in the end just before 1125. With it being quite a late start at around 930 it was a very short gig but a highly memorable  crowd with some great moments on the night …(see below) !

From time to time a memorable guest comes along and reminds us that we have the best job in the world, here’s a couple of shots of this weeks character who provided a legendary 5 mins of stupidity including an amazing rendition of “the worm” in his blue socks to “Sam & The Womp” ! 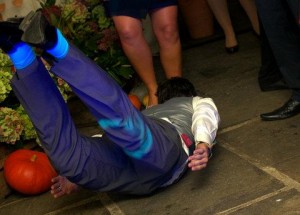 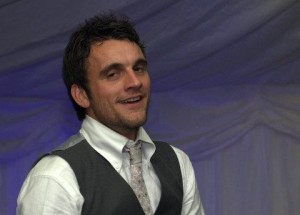 This whole memorable moment thing has got me thinking now, at some point im going to post a gallery on here soon of memorable guests and moments from throughout 2012 – so everyone beware because I have a huge arsenal of evidence here courtesy of the disco photography service !

Here’s the set list from last night, if you were at the wedding how about leaving us a comment