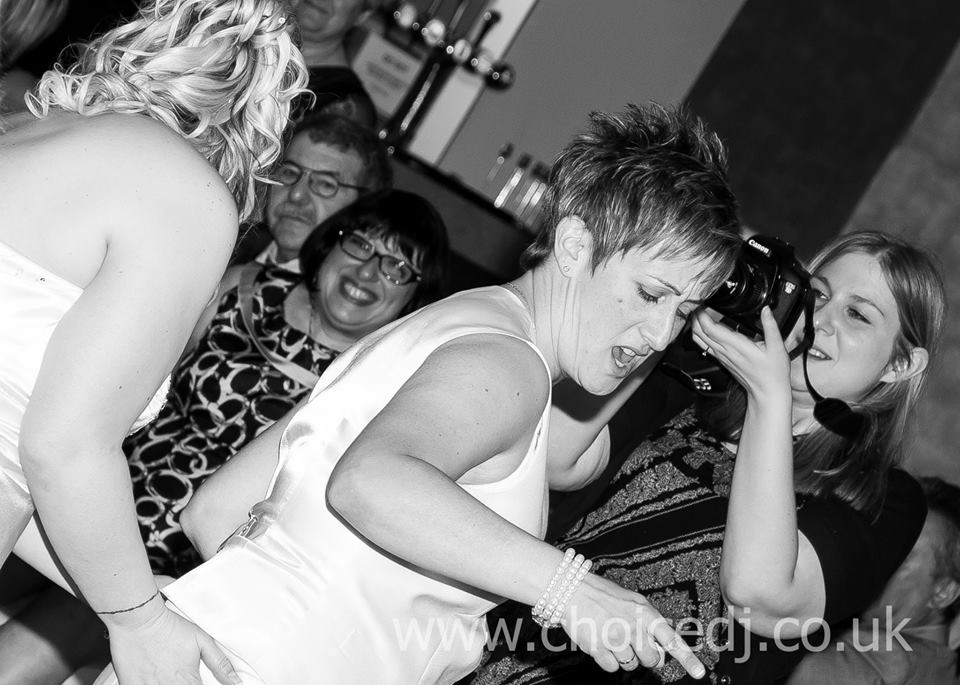 The Civil Partnership weekend continued on Sunday for our first visit to The Shire London Barnet for Alex and Roz’s special day.

The Shire London is a golf club located in Barnet Hertfordshire and boasts fantastic views across the golf course from the function suite, for this event I had met up and had a lot of contact with the girls throughout the booking process so it was great when the day arrived to finally put all the planning into action.

One part of this wedding that will always live long in the memory was my role of toastmaster for girls entrance and the introduction of the speeches. The girls and I had met up the month before to confirm all the details, part of which included me introducing them as the new “Mrs & Mrs”, not something I had done before.

I have introduced hundreds and hundreds of “Mr & Mrs” for their first dance over the years so it comes very naturally to me to say that and the first time I attempted to say ‘Mrs & Mrs’ it came out naturally as Mr & Mrs, even writing this now I nearly wrote Mr 😀 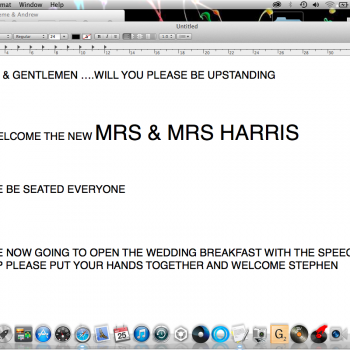 Anyway on the day with the moment fast approaching …after 4 weeks of ‘practising’ the new phrase, I was desperate to deliver it to the guests without fault so last minute I decided to type it out in very large letters, the image right is the actual screenshot from my mac on the day 😀

This all might sound quite amusing to a non public speaker but as far as announcements are concerned it becomes part of your persona, as common as your natural instincts behind the wheel of a vehicle for the want of a better example, I thought I’d use that as an example as Roz is a driving instructor …and heres a link to her website too 😀

This was all about focusing on the first ‘Mrs’ as thats the word that has come out naturally so many times as ‘Mr’.

I’m pleased to report that as the word ‘Mrs’ left my mouth successfully the adrenaline abeited 🙂 …normal mic technique then resumed as I introduced Roz’s father Stephen for the speeches. One thing I nearly forgot to mention, for the brides entrance and introduction of each speaker Alex & Roz had picked a piece of music to add an additional twist to the proceedings. The girls entered to ‘I Gotta Feeling’ by Black Eyed Peas, Roz’s dad Stephen ‘Theme from Superman’, Alex’s mum was ‘Pretty Woman’ by Roy Orbison, Roz was ‘Simply The Best’ by Tina Turner and last but not least long term friend Celia ‘I’ll Be There For You’ by The Rembrandts.

So for this wedding we were providing our uplighting package with the addition of the toastmaster service, the theme was green which was reflected in the uplighting with a subtle contrast of blue.

Summer weddings at The Shire London see it stay quite light in the function room long into the night due to the large amount of natural light that the room benefits from, the outlook onto the golf course is lovely with a lot of the course visible. Another great bonus is that because of the clubs position the sun sets in a fantastic position offering dramatic sunset shot by the lake, Alex and Roz were down there making the most of that opportunity as the sun went down and it would be great to see some of those in due course.

Alex and Roz’s big day ended on a high around 11pm, which is the finishing time at the venue on a Sunday …after their long day at The Shire London the girls were heading off the very next morning for their long flight to Jamaica.

Finally we wish you both all the best for your honeymoon and the future together, it would be great to see some shots from the Caribbean on your return to England if you wanted to share some with us to complete our story.

We are back at The Shire London in two weeks for Katie and Chirags wedding reception where we are providing the same service, before that we are back locally next week for Sarah & Lukes wedding celebration following their recent wedding in Cuba followed by a fellow Charlton supporters daughters wedding at Beaumont Estate in Old Windsor …check back soon for more wedding venue blogs. 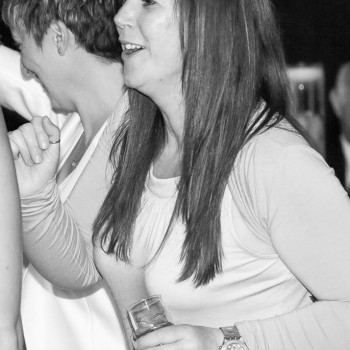 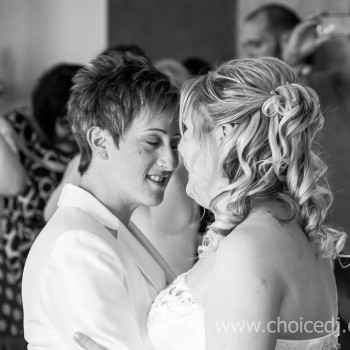 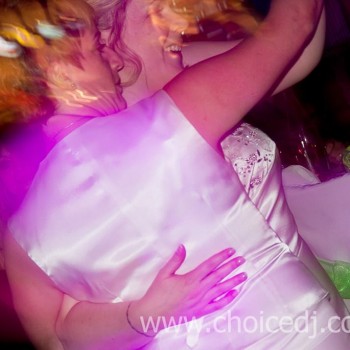 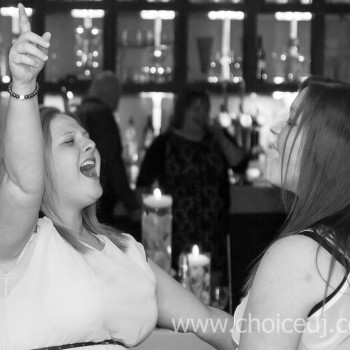 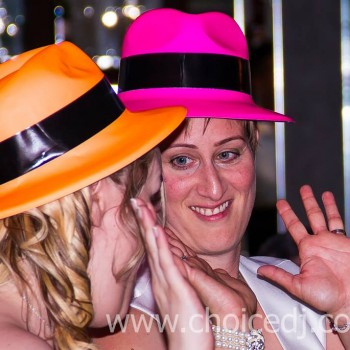