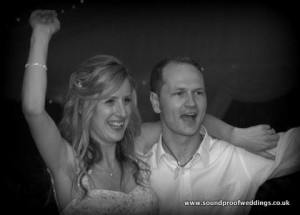 After last nights whirlwind last minute booking at Eastwell Manor and just a few hours sleep we were out on the road again early for a 5hr round trip down to Redenham in Hampshire for the marquee wedding set in the grounds of Rachel’s parents property. After a hot and longer than anticipated journey due to delays on the M25 we arrived at the marquee around 2pm ready to get everything set up before the guests sat down for the meal just after 5pm.

As we stepped out the van into the field where the marquee was set up I knew instantly this was going to be a day that defined the 2013 summer, with Andy Murray powering himself into the Wimbledon men’s final the day before and with the women’s final about to start we found ourselves in beautiful tranquil surroundings on a scorching day in natures environment. As two “sacked out” horses grazed in a field opposite there was near silence except for the sound of birds and the crackle of food being prepared on open fires with the occasional waft of smoke giving the atmosphere a hazy glaze where the catering company were working under the sun-drenched skies in the service area behind the marquee. Despite being behind a roadside hedge I hardly remember hearing a vehicle pass by all day long. 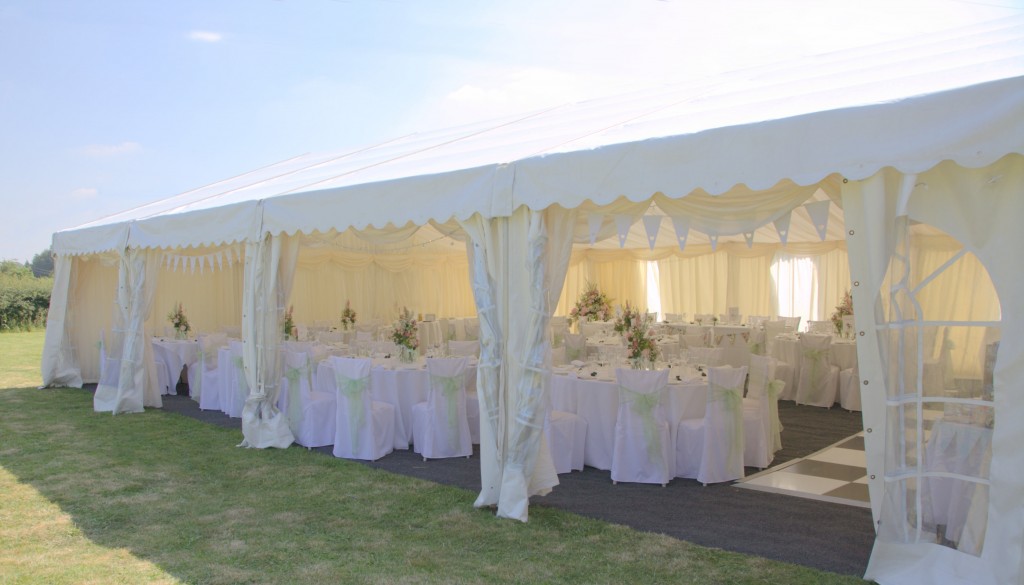 With the heat, outdoor cooking and quiet barren surroundings it was a very “bush like” setting …we met up with Denilson, the Bralizian owner of event company “Denlison Cerqueira” who were running the wedding and organising the food on offer for the day in the shape of a South African BBQ …and everything started to make sense as the guests returned from the church ceremony, it transpired that the groom was in fact from Botswana and there was a large contingent of guests who had made the journey from South Africa.

This wedding was initially scheduled for the Plug & Play package at a local village hall but a couple of months ago Michael informed me of the change of venue and upgraded the package, I’m so glad for them that they did that because this was a perfect wedding and the perfect setting for them combined with giving it the personal touch at Rachel’s parents home. As the guests settled into their home for the day we got some soft background music playing and a microphone set up for the speeches, the groomsmen’s first job was to open up the marquee sides and this gave yet another lovely feel to the tent. 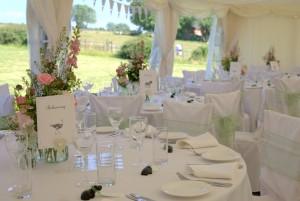 Having done hundreds of weddings I’ve always championed marquee weddings because they give such a relaxing feel as you can see from the photos, but behind the scenes you also need a great team of people to make everything come together and I have to say working with Denilson and his team was an absolute pleasure. I observed them tend to everyone’s needs throughout the day, a lot of the staff had had little sleep as a result of working the night before and travelling but it never showed and the catering staff seemed as happy to be there as everyone else …as far as the food is concerned I can only say WOW ! …both Julia (Disco Photography) and myself were priviledged to sample the cuisine and it was without a doubt 100% the best food I have ever tasted in my life.

I had actually been off red meat for a couple of weeks before this wedding but having tantalisingly been watching these guys preparing the food for a couple of hours there was no way I was going to miss out on tasting it. First up we tried some Asparagus with shavings of bacon …awesome ! There was also some stuffed Aubergine for veggies (like Julia :D) …amongst the huge array of meat on offer was the most fantastic piece of Sirloin, beautifully cooked Lamb and finally to give the South Africans a taste of home …incredible Springbok, served with rice and an amazing Melon salad …truly food to die for. I don’t usually mention the food aspect on a wedding day cos most of the time I’m not fortunate enough to taste it, but if you click on the links below it will take you to their website, I have the utmost respect for truly genuine hard working people that are prepared to go that extra mile to please their clients.

Dont be fooled by the word BBQ, this was gourmet of the highest order. Here’s some shots we took for Denilson Cerqueira of their staff working behind the scenes and the South African BBQ they provided, Denilson also provided the mobile bar which was set up right next to the disco in the marquee …result ! 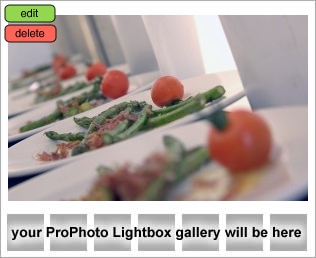 It was such a lovely afternoon and we got a chance to have a chat with a few interesting guests. One member of the wedding party who had come over from South Africa and struggling to get to grips with the daylight at around 7pm said, “It’s normally dark back home by this time so it all feels a bit strange, however your summer still isn’t quite as good as our winter as it was 34 degrees in South Africa today” …ok ok, I know we are all obsessed by the weather here but there’s no need to rub it in 😀

The grooms brother was also a bit of a character himself and in charge of videography throughout the day, it turned out in conversation that not only was responsible for organising VIP experiences for clubbers at The Ministry Of Sound in London but he had also dated Charlie who is currently residing in the Big Brother house. He went off to London midway through the evening for a prior engagement but it was great to meet him and chat about a few entertainment experiences. 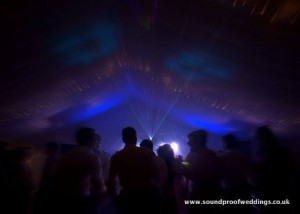 As the evening guests started to arrive with everyone enjoying the last of the hazy sunshine at dusk, I switched from Michael Buble to Ibiza chillout music before the first dance which took place around 830. As darkness fell around 10pm the lighting kicked in and we finished off the day with a great last couple of hours full of requested music by Rachel & Michael and their guests. It was the perfect end to the perfect day Rachel & Michael had departed just before 12 under an arch formed by their guests to the exit …and for the first time in my DJ life I got to play something I never thought I would as the newleyweds disappeared into the night …”Nelly The Elephant”, that’s the rock version if your wondering not the children’s rhyme. 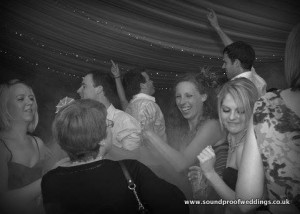 It was a rousing finale that had huge significance to the South African contingent and after a few late requests I think we finally finished up around 1230 with Rachel’s parents thanking everyone for their contribution as well as lending a hand during the tidying up process before securing the marquee and making the short walk back to their house for a deserved rest after all their efforts.

It’s great to write blogs like this where you get to really absorb the full ambience of a wedding day and as mentioned it will prove to be a defining day for me when I look back and remember summer weddings, we didn’t get home till around 4am in the morning but it was certainly all worth it …thanks for the memories Rachel & Michael, we wish you all the very best for the future, a lovely couple and a genuinely great day organised to perfection. This is why I champion private marquee weddings so highly and perfectly sums up one of the main reasons I have never wanted to tie myself down to a residency anywhere.

Tomorrow we are off to Hastings for the wedding of Zoe & Nicky at the Bannatyne Spa & Hotel and next week we are at a unique venue staging a wedding for the last time …be sure to check back for a review on that one, including photos of some brand new equipment that will be on show for the first time. 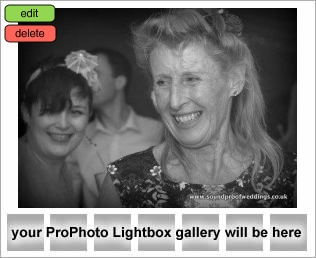 First Dance Where do you go to my lovely Peter Sarstedt