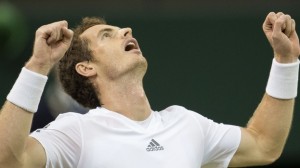 Andy Murray’s historic first British victory in the Mens singles at Wimbledon for nearly 70 years wrapped up a great weekend of “continental flavoured” weddings for us.

With the weather hitting the high’s for the first proper spell of sustained sunshine this year we firstly found ourselves unexpectedly at Eastwell Manor on Friday having had a call at 2pm earlier in the afternoon after the couple had been let down by they’re original DJ. I literally ended up dropping everything to get down there to set up and put together a playlist that would suit their tastes from the brief chat we had. Also there that night were a Motown/Soul band and it ended up being a great night if not a little unexpected, it was such a whirlwind few hours that when the dust settled just after midnight I realised I didn’t even manage to find out what their names were except “Mr & Mrs Ingram” from the first dance. We managed to get some photos though and will put the playlist up on a seperate blog but it was a great night of house, 90’s and latest charts with a few 80’s classics which the bride asked for.

On Saturday as Marion Bartoli was winning the women’s singles we were off again at 1130am on a 5 hour round trip to Redenham near Southampton for a fantastic marquee wedding set in a huge field owned by the parents next to their property. It was a beautiful setting on a scorching day and I’m sure it will prove to be one of the defining memories of the 2013 summer as we worked alongside a London based catering company who provided the most amazing food i’ve ever seen at a wedding cooked on open fires in the field under the searing heat. The groom was from Botswana and there were many South African guests who had flown over for Rachel & Michael’s wedding enjoying the background music as they sampled the incredible food which included Springbok.

On Sunday we were back out traveling to the Bannatyne Spa & Hotel in Hastings, East Sussex for Zoe & Nicky’s wedding, the couple actually live in Holland where they work as personal trainers but had chosen to get married back on home soil for brit Zoe. We were traveling down as Murray was winning Wimbledon, I was at Wimbledon on Day 1 and watched Murray’s first round match on Henman Hill and it was great that he went onto reach the final for the second year running. I watched the first two sets at home on another sizzling afternoon but had to be content with listening to the final set on the Wimbledon App, although as Murray went to “Advantage” in the penultimate point before winning the title the bloody app lost reception and when it came back it was all over, incredible bad luck with the timing of that …so thank you Bluebell Hill in Maidstone very much indeed 🙁

Reviews of all of the above with playlists and photos to follow on the website over the next few days.