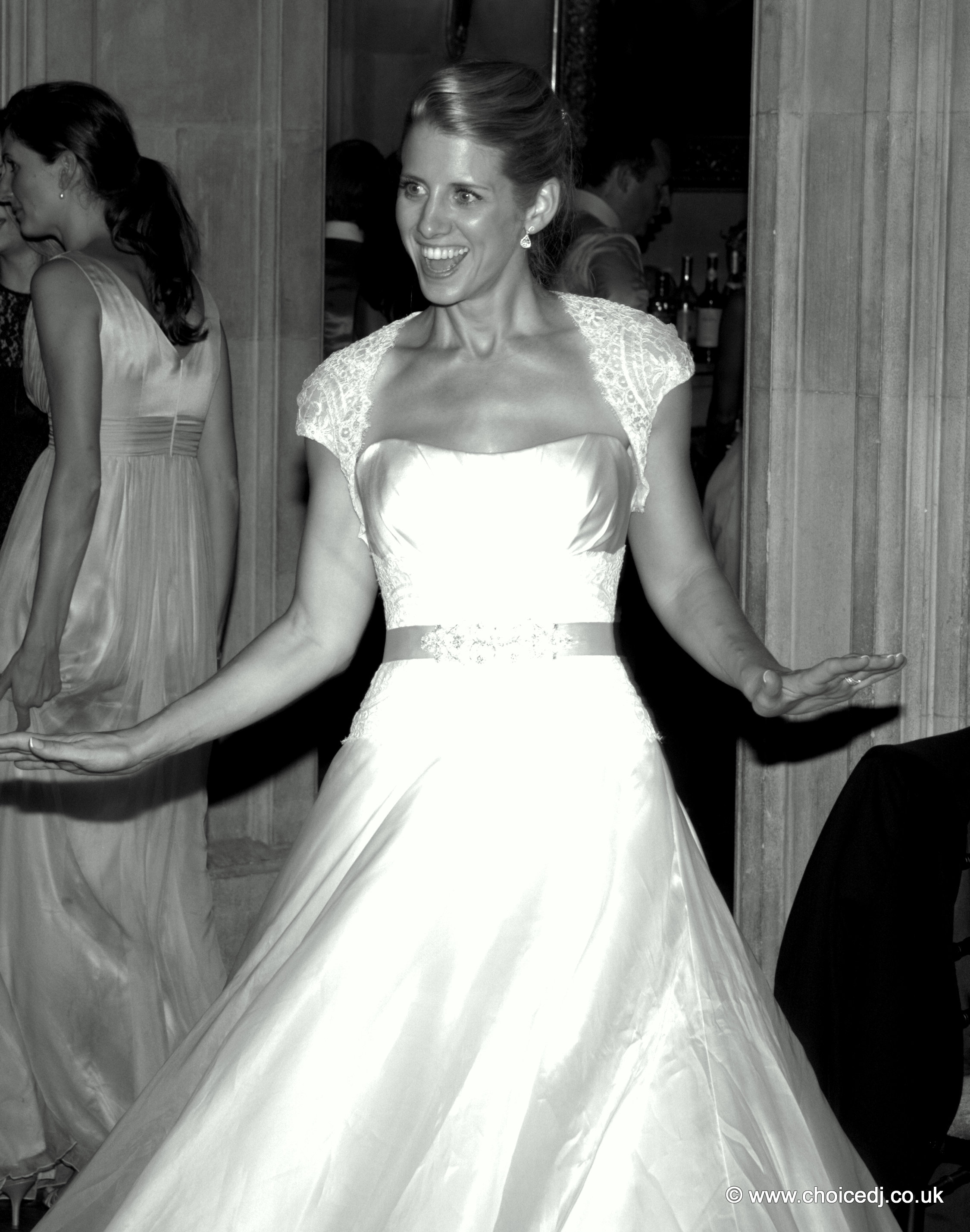 Today I moved onto possibly one of the grandest wedding venues in the UK, Highclere Castle in Newbury, Berkshire …one of Englands most beautiful Victorian Castles set in 1000 acres of breathtaking parkland, the setting of Downton Abbey and home to the Royal Stud. 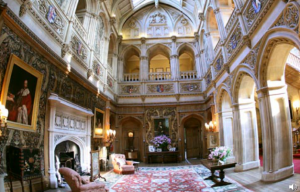 It was a wedding that I had looked forward to all year because of the opportunities within the venue to create some fantastic mood lighting effects using the 12 arches in The Saloon room where the evening disco takes place…and it certainly didn’t disappoint. The creative mood lighting package comes with 10 uplighters, Lucie had been in touch a few days beforehand to order another 4 meaning that I had the opportunity to light the 12 arches on the gallery level and put the remaining 2 into the fireplace all matched to her fuschia pink colour scheme. The effect was amazing and with a 22×162 black starlit dancefloor also installed at the venue for the first time ever the room was a total transformation from its grand usual look. 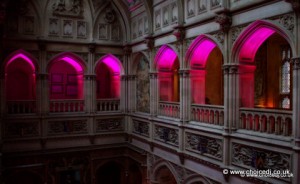 I arrived at Highclere Castle around 530pm as the drinks reception was taking place and met by the head of security whose first job was to run over a number of issues before the installation of any equipment entering the building could take place. First and foremost Highclere Castle is home to the Carnarvon family, in 2009 the castle was in dire need of major repair with only the ground and first floors remaining usable after water damage had caused stonework to crumble and ceilings to collapse. 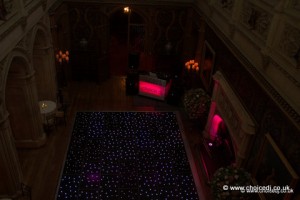 with dancefloor and uplit fireplace

At least 50 rooms were uninhabitable with restoration work to the castle valued at £1.8 million. Thanks to an upturn in the number of paying visitors, major repairs began on the turrets and interior, this is attributed to the on-site filming and success of British period drama Downton Abbey which is filmed at the venue. For a full history of Highclere Castle, the Carnarvon family and family links to Royalty and horse racing click here to visit Wikipedia.

In order to maintain the venues impeccable floor, mats are provided by the venue which must be laid where the kit is to be placed. The disco booth set’s up in the corner and with it being such an upmarket room there is little point in setting up a large overhead lighting rig as a minimilastic set up clearly works best, you will not get a symetrical looking set up and you cannot use any haze effects so the light show will not be seen to its full capabilities, you would be far better concentrating on enhancing the venues stunning features with uplighting. Also installed at the venue is a sound limiter …without going into too much detail about it you can click here to read about a different venue that has a limiter that works in the same way.

Lucie & Ben took their first dance at 9pm introduced by best man Justin which saw the couples first dance as a married couple greeted by enthusiastic cheering and applause from guests in the fuschia pink stately surroundings, Lucie had also provided a playlist and stipulated no guest requests or DJ flexibility, which worked well and saw the bride, groom, friends and family on the floor throughout the remaining 3 hours of their special day.

At midnight it was again left to the best man to organise guests in the hallway to cheer off the newleyweds and send them on their way as they start their new life together, I didn’t get a chance to speak to either Lucie or Ben throughout the evening but would like to take this opportunity to congratulate them both on the fantastic experience they must have thoroughly enjoyed at this amazing ‘high end’ wedding venue and their future life together.

Pack up was a bit of a challenge thanks to a torrential downpour which had set in outside but thanks to the straight forward access I was away by 1am for the 2 hour journey home and a well deserved Sunday off before Mondays trip to Gaynes Park for Charlie & Louise’s wedding. 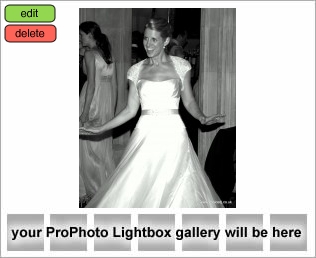