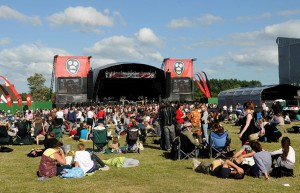 The Hop Farm at Paddock Wood has closed after the company that runs the venue announced it had gone bust.

The Hop Farm Music Festival, which is hosted by the venue each summer, has tweeted that their 2013 event will go ahead, however the entire venue is now closed to visitors. As The Hop Farm looks for a new buyer, all bookings for weddings, functions or events with a deposit paid would be honoured. We were due to play there at Amy & Craigs wedding in June, however Amy said “in light of all that’s gone on we decided to change the venue to The Little Silver Country Hotel”.

A spokesperson said: “The company has sustained significant losses in the recent past principally as a consequence of the recession which has led to decreasing numbers of visitors and a reduction in the average amount spent by each visitor. Given the continuing losses that have been generated, the parent company and the investor are unable to provide further funding and White Maund LLP has been instructed by the director of the company to place the company into liquidation.”

Kent On Sunday recently reported that the festival, which was run by Power’s Music Festivals PLC, went under owing Peter Gabriel £100,000 and Suede £46,000. In all, the festival reportedly collapsed owing £4.8 million, including £22,648 to local police and £163,000 to the festival site, Paddock Wood. Festival owner Vince Power told NME ,”The Hop Farm will happen this year, this is one blip in my career spanning over 30 years. All suppliers and artists are working with me and many of the suppliers have been with me for many years, through the Reading, Phoenix and Homelands days. They are being very supportive. I spent and paid artists alone approx £350 million over the years. The losses reported are inaccurate. The Hop Farm never lost 4.8 million. These losses included a group of companies in Kent Festival Ltd.”