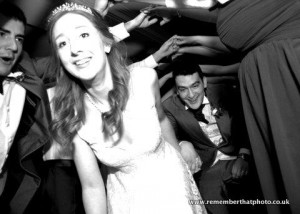 After Thursdays lively night at Northbrook Park we were back out in Surrey on Saturday for our first visit to The Runnymede On Thames hotel in Egham in the events suite part of the building.

First impressions surprised me as I wasn’t expecting the hotel to be quite as big, we got there around 430 giving us 45 minutes to get all the equipment into the room before the guests went through for the meal, if your a DJ reading this then its worth giving yourself that bit of extra time and doing this as the access is a lot easier up the ramp and straight into the wedding breakfast room, if not then you will have to get in via the kitchen which isn’t too bad but not ideal once service has begun. The wedding breakfast the room is actually divided by a concertina screen during the meal so you can set up in private, but I guess this could depends on the size of the wedding party. 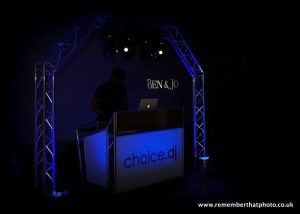 set up with name projection during sound checks

The room itself is absolutely lovely, very contemporary and the white rippled walls at each end give a really classy feel to the room. Jo had booked in at a time when we were offering name projection free of charge so we projected that onto the rippled wall behind the booth, we also used a couple of blue uplighters at that end of the room and set the arch lighting to white for the first dance. The dance floor installed at the venue is quite large so on this occasion we put a couple of extra speakers at the back of the floor, combined with the main speakers at the front gave an absolutely stunning surround sound which was commented on by guests, venue staff and the girls who were running the photo booth adjacent to the dance floor, which is great to hear when you’ve gone the extra mile to do something. 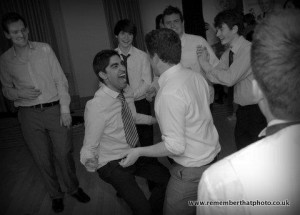 One of the highlights of the evening came soon after the first dance …Jo had mixed up a batch of songs lasting around 30 seconds each as the second song to dance with her dad to. The bride had to nip off to change into a shorter dress for this so I dropped in a couple of extra tracks to fill the time before we gave each other the thumbs up to go for it. Basically it started off with the Stevie Wonder song “Isn’t she lovely” then after around 40 seconds the music cut into Gangnam Style which was designed to cause a bit of momentary confusion (basically appear that I had cocked up) …then to much amusement and surprise the brides father started doing the Gangnam Style dance that his daughter had taught him. Jo said a few days before the wedding, “If you could just play along with it then that would be great, Dad is normally quite a serious person so nobody will be expecting it” …and it proved to be the case as the pair moved through snippets of music which also included YMCA and Macarena much top the crowds delight. We actually captured this on video and will post the video up at some point, well done to both of them for pulling that off as it went down very well – fair play to the brides dad 🙂

As far as the rest of the evening was concerned it was one of those nights where there was a very happy feelgood factor in the room throughout the evening with the photo booth adding to the fun with numerous outfits for the guests to change into throughout the night. I added the guest requests to Jo’s playlist along with music that fitted the crowd on the night ensuring the floor was always lively …even during the arrival of the buffet, which is always a good sign. Jo and Ben left just before the end of the night as planned under an archway leading from the floor to the exit door and it was great to have a quick chat with Jo’s parents who made their appreciation known to me at the end of the night, always a nice touch.

Overall if you are on the lookout for a hotel venue in the Surrey area then definately check out The Runnymede on Thames, as far as hotel venues go its probably one of the nicest function rooms outside of London that I’ve had the pleasure of playing at. Congratulations to Jo and Ben and the future together, this Saturday we are off for a Kent Castle wedding to provide  Becky and Chris with our ever popular Remember Everything package …come back next week to read about their story 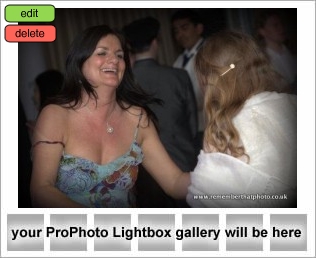 First Dance I Swear All 4 One