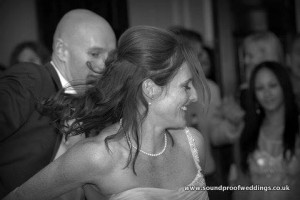 Saturday brought about a welcome cooler day weather wise as we headed to Hylands House located just a stones throw from the V-Festival site in Chelmsford for Jane & Andrew’s wedding reception. The reception takes place in the hallway at the entrance to the Grade II listed property which has been spectacularly restored to its former glory and situated in 574 acres of historic landscaped parkland.

We gained access to the impressive venue just around 530pm as Jane and Andrew’s wedding breakfast was taking place with the ambient sound of background music and guests high spirits filtering throughout the downstairs of the building which created an excellent vibe for the evening ahead.

The disco sets up just behind the front door in front of the window and there are plenty of ways to set up if you use your creativity.

On the left there is a magnificent statue of Venus which is one of the focal points of recent history of the house, the statue has been restored to its original the exact position thanks to Stan Kaluza, “The Friends of Hylands House” mention on their website : “we owe a huge debt of gratitude to his considerable endeavours in ‘bringing Venus home’, and also for his enthusiastic pursuit of items for the House following damage by fire and vandalism”. Chelmsford Borough Council bought the House and Park in 1966 and embarked on a restoration program in 1986, costs incurred by “Friends of Hylands House” purchasing items for the house have exceeded £100,000, a list of all items purchased can be seen by clicking here. 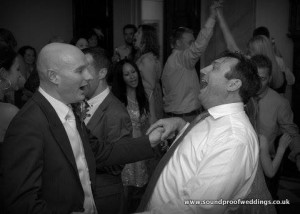 Rather than use our arch for this job and to keep the room looking as natural as possible but add a night time disco feel we installed two of our plinths either side of Venus complete with a slow “moving head” lighting fixture on top, we added some subtle uplighting inside the plinth which we set static to blue at the start and then a slow colour change throughout the evening. Opposite Venus is a grand clock surrounded by marble so we duplicated the plinths on that side keeping a nice classy symmetrical look to the room. One of the great things also about having the disco in this area is that it has a naturally chequered floor instantly giving it a party feel, the bar is located in the room right next to the Entrance Hall and guests have access to the numerous rooms with smokers just needing to step through the front door onto the grand driveway where ashtrays are provided. The house built circa 1730 is lit up after dark and is a magnificent sight with its huge stunning four pillars at the entrance. 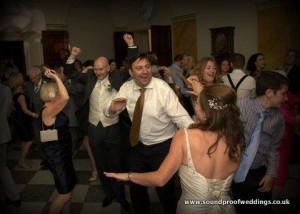 With guests in eager and enthusiastic to party the disco actually started with a full dance floor of guests for around half an hour before Jane & Andrew’s first dance which was a great start to the evening, those tunes are detailed on the playlist below before the bride and groom took their first dance just after 9pm. The final 3 hours of their wedding day went down an absolute storm in the Entrance Hall with their playlist built around Latest Charts, Rock and a few Party Classics with a few suitable guest requests dropped in, there were even a couple of hits for guests from New Zealand, including “Weather with You” by Crowded House formed by New Zealander Neil Finn and a cult classic called “Loyal” by Dave Dobbyn which went down particularly well right near the end. Hadn’t heard the Dave Dobbyn one personally but it’s now in the record collection for any future requests. The evening finished with Spandau Ballets classic “True” which wrapped up a thoroughly enjoyable evening at a venue that gave a great wedding vibe throughout. The disco in the hallway worked excellently and certainly a venue I would really look forward to playing at again one day.

Congratulations to Jane & Andrew for the future together and all the best for any honeymoon you have planned.

It’s my birthday tomorrow but the work continues down in Chichester for Kristie & Aaron’s wedding at Southend Barn, should be a hot one with high humidity forecast… 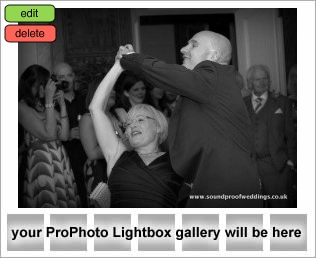