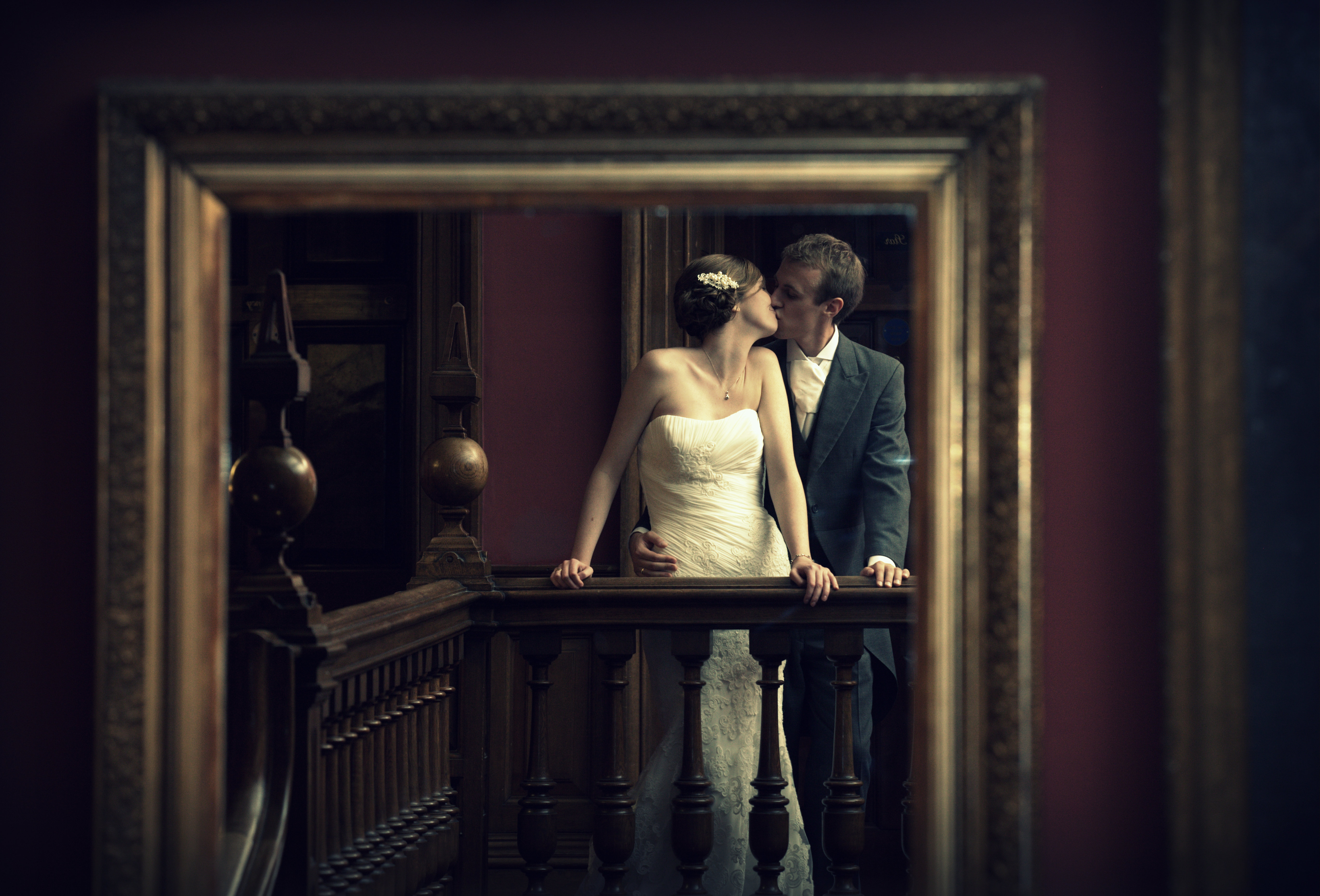 Our latest SoundProof package came at the excellent Chilston Park Hotel in Lenham, Kent. Its always a great experience for us to provide this package as we get to bond with the wedding party throughout the day …with bride and grooms preparation shots, then the ceremony followed by a wide selection of photos of the couple and the group shots …so cometh the evening when its time for me to start the disco we have already made a connection with everyone which always works so well. 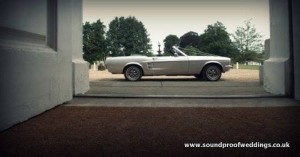 Despite our late finish the night before we arrived at Chilston Park nice and early soon as Emily had organised for Philip to be driven to the venue in a silver Mustang for his journey from Greenwich. Around 11am the groom rolled into Chilston in the American classic with his best man before making his way to his suite to meet up with the ushers and get organised for the ceremony, which was due to take place at 1pm. We took this opportunity to grab some shots of the car parked on the driveway outside Chilston before heading upto see Emily who was with her mum and two bridesmaids in the Star Room.
Julia spent around an hour with the soon to be bride grabbing photos of her bridal preps including shots of the dress which we hung up in the window to frame it nicely, jewellery, shoes, flowers, make up being applied and general candid photography of the buzzing bridal party. Meanwhile I was back down with suited and booted Philip and best man getting the most out of photo opportunities with the silver Mustang before its departure just before 1230. 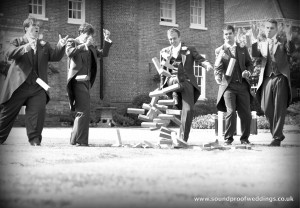 We were then joined by the three ushers and grabbed a few shots of all the groomsmen including one particularly good situation that worked really well. Out the front of Chilston there are quite a few features including a fountain, chess board as well as the river than runs alongside the venue …today however there was a nice stack of Jenga blocks and after shooting the boys building it up it was left to the groom to run up and put his foot through it giving us a great pic of them all cheering with bits of wood flying through the air. I think that relaxed Philip a bit following an earlier show of nerves. 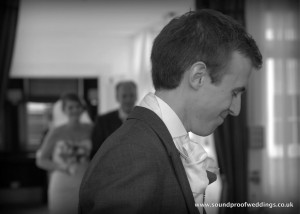 As the guests began to arrive for the ceremony in the orangery, I rejoined Julia in the star room where we managed to use the magnificent staircase to get some shots of the beautiful bride using a natural ray of sunshine coming through the glass roof as she made her way down to the ceremony.

One of the great aspects of this package is when I can use my versatility to double as a photographer during the day, there is much greater coverage as I can shoot the groom while Julai shoots the bride and then during the ceremony we both take up different positions so it makes for a much wider range of photos plus we don’t charge any extra for this as I am there anyway as part of the package for the background music and evening disco. 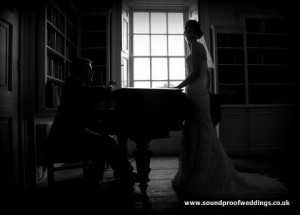 Following a lovely ceremony in the orangery (which included an interesting poem about a two dinosaurs in love read by one of the ushers), we whisked Emily and Philip away from it all to capture their first photos as husband and wife. Chilston has so many great opportunities for photography so we were spoilt for choice and we always seem fortunate to get to shoot at such great venues, we used the front of the house as a backdrop for the fountain shot and the grand piano which is located in the library room. We could of literally spent hours more as we had so many ideas but being conscious of the time we had to head back and get all the group photos before the wedding breakfast.

We used the side of Chilston Park adjacent to the Orangery for all the family group photos, we then used the lake backdrop for the shots of Emily and Philip with the bridesmaids and groomsmen. All the guys had silver pocket watches so we managed to get a few nice arty shots of the timepieces, what was great was that Philip’s was stand out gold. 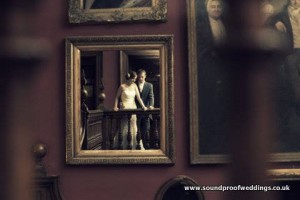 Following the speeches and the meal there was a short turnaround time as I got the evening disco set up (including uplighters in the window recesses) whilst Julia got a few more arty shots of Emily and Phil on the staircase using the paintings and mirrors. Emily and Philip took their first dance to Matt Cardle’s “The First Time Ever I Saw Your Face” which was dramatic and emotional and after a few an initial splash of Motown and Rock the party really kicked off with the latest chart music as guests filtered back through after the buffet.

We started the last hour with a track from Philips favourite band Muse and ended it with Oasis, inbetween it was classic rock and some of your typical festival indie tracks (detailed below on the playlist) before we reached the end of a very enjoyable evening with an encore from Roxette. 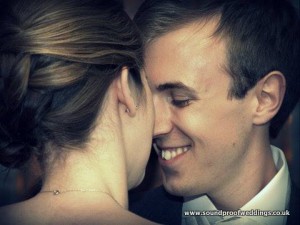 Waiting in the wings following the close were a much needed selection of egg and bacon rolls served up by the venue which were truly delicious, I never realised you could keep a yolk that runny for so long 😀 …but it was much appreciated as we chilled out with the bride and groom and a couple members of the family before they left for their accommodation and we left to clear up all the kit and to begin editing around 2000 photos which we had taken throughout the day …yep, even when you have finished physically shooting a wedding the work continues for several days more, but it had all been worth it to work for such a lovely couple and we wish them all the very best for their fantastic honeymoon and future together.

We are back out again next weekend twice and then the following weekend three times, our next SoundProof package comes on September 21st at High Rocks, Tunbridge Wells for Melissa & Chris’s wedding, come back soon for more blogs and photos. 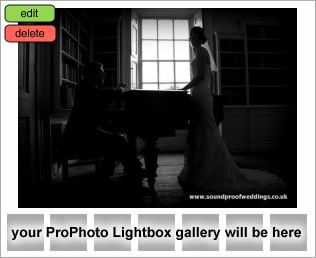 Encore It Must Have Been Love Roxette