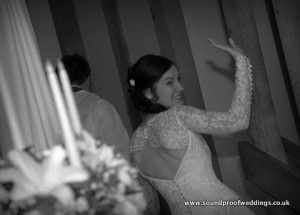 With weddings on the 2nd, 3rd,6th,7th,8th and 9th of June this week, we started one of our busiest ever weeks at Tewin Bury Farm in Hertfordshire for Claire and Michael’s wedding reception.

I had only previously worked in the Stable at Tewin which is lovely, but the Tithe Barn is a much bigger venue with some excellent opportunities for uplighting thanks to the exposed beams and general architecture of the barn, there is also a gallery area which overlooks the room which would also be great for adding a splash of colour to. There’s no dedicated dance floor as such in the room but the wooden floor works really well.

We gained access to the room around 730pm for this one, and thanks to the nice easy access set up was done in under an hour and the party kicked off around 830 with the newleyweds first dance “Come away with me” by Norah Jones. Claire and Michael had rehearsed a waltz dance routine to this so they had the floor to themselves throughout the duration and following this guests piled onto the wooden floor to join them celebrate for the rest of the evening. 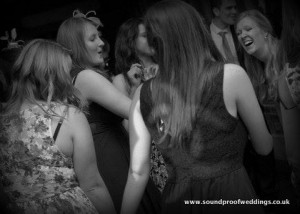 girls pile on the floor after the first dance

The bride and grooms music preferences were centred around a lot of Rock & Roll, Motown and Funk. With proceedings getting off to a lively start we kept this going until we heard that the bride and groom were going to depart between 1030-11 to go off on their honeymoon, for their final 45 mins I dropped in the latest tunes on their list and as planned they left the floor via an arch leaving the reception around 1045.

For the last hour or so we gave everyone remaining the opportunity to choose whatever they would like, which was dominated by a lively group of lads taking over the floor with a succession of party classics through to the close at 11.30pm, highlight of that time was their dance routine to “Thriller”. 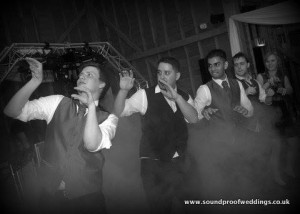 Due to the short turnaround time before having to be back at nearby Gaynes Park on Monday morning for Lindsey and Dannys wedding, I decided to stay overnight in nearby Epping. I was booked in on Monday to play throughout the day including Civil Ceremony music, uplighters, background music throughout the meal and then disco through to the close so it was back to the Travelodge to get some shuteye before Mondays big day.

All in all an enjoyable evening at another one of Tewins great venues and congratulations to Claire and Michael for the future. 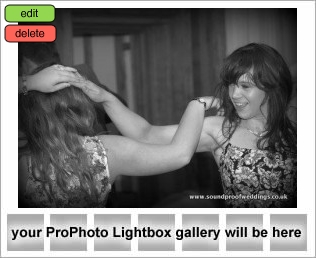 First Dance Come Away With Me Norah Jones

Eye of the Tiger Survivor