This was our first visit to the Beaumont Estate in Old Windsor …and what a great light to see the venue in on a beautifully warm and sunny day for a friend of mines daughters special day.

I have known Brian for quite some time from supporting our ‘beloved’ Charlton Athletic, so we have suffered together over the course of time. We also hosted a Sunday evening radio show together a couple of years ago on another project I was working on at the time called CCTV (Charlton Choice TV).

Brian actually worked for Charlton Athletic for a number of years as the pitch side announcer until he infamously referred to Crystal Palace as ‘Crystal Palarse’ before a League Cup London derby. 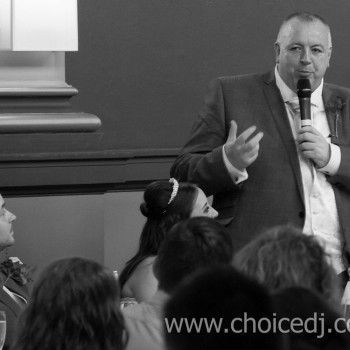 It was on on the spur of the moment stunt that went down in folklore amongst die hard Charlton supporters who had suffered the eighties having to ground share with our neighbours from Penge 😉 ..and confident speaker Brian was still joking about it during his speech on Clare’s special day,.

Unfortunately the following morning it cost Brian his job but years on it didn’t affect his passion for the club and he remains an East Stand season ticket holder to this day.

It was a very red and white themed day at Beaumont Estate, the Ceremony takes place in the White House part of the complex which looked stunning in the sun, but its the beautifully restored 14 Century Chapel where the meal and disco take place that is simply jaw dropping. 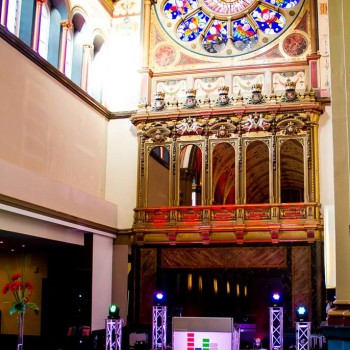 The detail on the very high ceiling is incredible and brings a huge amount of warmth and character to the room, the venue have also installed some mood lighting to give it even more wow.

At the far end the disco sets up underneath a huge stained glass window which is an incredible backdrop to the wedding day and the disco itself.

In the room is also a nice contemporary bar and some really cool booths which make it feel quite clubby at the same time.

The use of haze is also permitted as the venue isolate the smoke detectors in the room so the disco set up looks really cool. We used four plinths for this wedding with moving heads, two of which we raised on the a small raised area behind the booth. We colour co ordinated the booth to change between red and white during the meal then set it to sound to light for the evening disco.

As far as the sound is concerned for DJ’s reading this, its very similar to a venue called Northbrook Park at Sunningdale Park with its high domed ceiling. If you install aNd set up the PA correctly the sound really does reverberate around this venue, the high ceiling really allows the low end (bass) to explore the entire room and combined with our powerful full range 1000 watt high end (vocals) EV speakers the sound was balanced and as sweet as a nut. 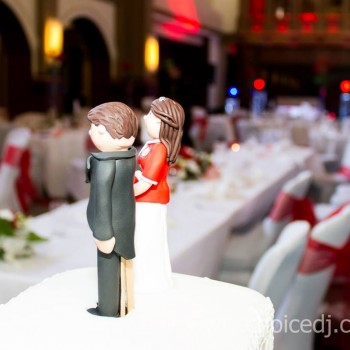 We used a 4000 watt system for this job, make no mistake this is a large room and anything less just wouldn’t be any good, you certainly can’t turn up and create an impact with a pair of 500 watt powered tops. The good news is that there is also no sound limiter, so as far as entertainment is concerned there are no restrictions really and the amount of space would also be perfect for our bongo upgrade or if you were considering a band as well.

The red and white theme also extended to the tables and chair covers, not to mention the cake where it was good to see the bride and groom sitting on top complete with Charlton shirts on.

At just after 4pm guests entered the room as the wedding breakfast got under way, MC by Toastmaster Brian who is recommended at Beaumont Estate.

Toastmaster Brian turned in a very efficient performance of his own as the new Mr & Mrs Robinson were introduced to the guests to rapptous applause, Brian even invited all the guests to shake hands and introduce themselves to each other before the meal started which I thought was a nice touch and it all helped create a great ambience in the grand surroundings, a feel good factor that was to remain throughout the whole day.

So for Clare & Matt’s wedding we arrived at around 1pm which gave us three hours to get everything organised whilst the ceremony and drinks reception took place in the white house, we also installed some uplighting and provided background music (radio 1 live lounge) during the meal. We were due to provide the microphone for speeches but it transpired that the venue install a small PA and radio mic around the guests seating area which works very well.

After a very quick meal service and speeches (all done by 630 ish), all guests returned to the early evening sunshine outside as the venue redressed the tables for the evening which again I thought was very good as it freshened up the room for the evening, it was during this time that we got our first feel of the room as we did our sound checks. The venue also provides a black and white chequered dancefloor, if you wanted to upgrade to one of our starlit floors they are detailed as an upgrade in our brochure, the approx size is 16×16. 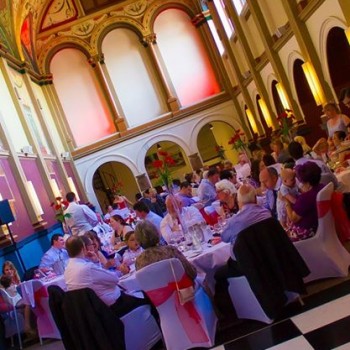 The wedding party returned to the room just after 8pm for a 10 minute ‘ode’ by guest Barry. Clare’s dad Brian was telling me this has become something of a tradition at family weddings over the years and I have to say Barrys personalised performance went down very well indeed. Included were several Charlton related references including how the couple had met in The Rose of Denmark in SE7.

Toastmaster Brian then completed the daytime formalities with the cutting of the cake before handing over to me for the first dance followed by the father daughter dance.

Good news here as well if your looking for a later finish as the venues license goes up to 1am if thats something you wanted.

So a day full of firsts, but most importantly a great day and an amazing venue. It proved to be the perfect start for Clare & Matt’s married life who jetted out to Florida for their honeymoon a couple of days after the wedding, huge congratulations to them both and dad Brian who was as proud as any dad i’ve ever seen.

Tomorrow we are back at The Shire London in Barnet for Katie & Chirag’s wedding then next week we have three weddings including back to back ‘Wedding Photography and DJ’ packages starting on the Saturday at Westenhanger Castle in Kent, with the weekend coming to a conclusion at The Gallivant Hotel in Camber Sands on Sunday.

It’s not just the wedding season that is hotting up, temperatures are expected to hit the mid 20’s this week …time to get the sun cream out ! 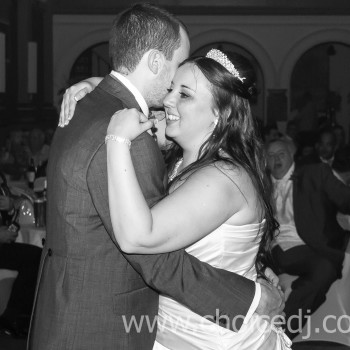 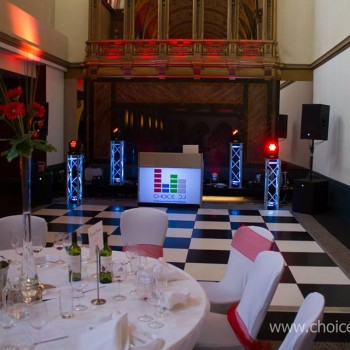 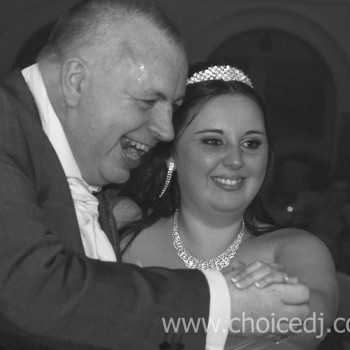 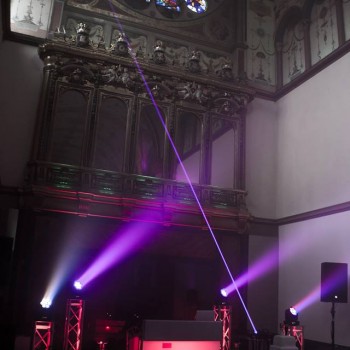 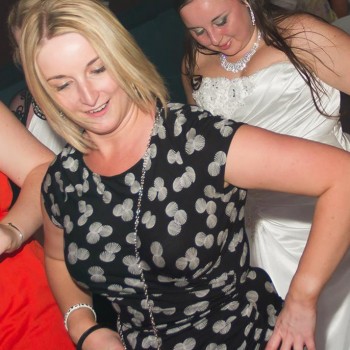