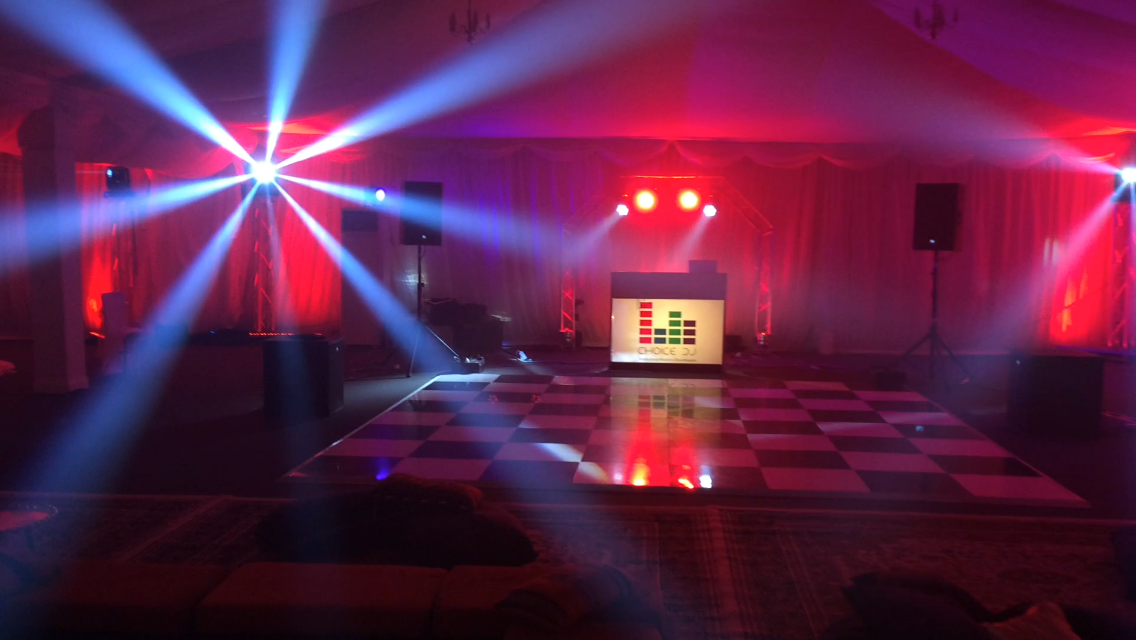 On Saturday we were privileged to be a part of the very special day of Deepali & Chris for their English/Indian wedding at Addington Palace in Croydon, Surrey on 1, November 2014.

We blogged previously about this wedding after we had met up with the bride and groom at the venue earlier in the year, click here to read the planning blog.

It was set to be a week to remember for the Singapore based couple …following the wedding here on the Saturday at Addington Palace, Chris was set to celebrate his birthday the following day before the newlyweds jet off for the celebrations in India.

We had played previously at the venue in the Great Hall, but this was our first gig in the marquee and I remember being amazed how big it was when we first met up earlier in the year. Its not just its size that is impressive, its also a very good quality solid marquee complete with heating if required for those out of season months and excellent built in catering facilities, bar and toilets.

The marquee at Addington Palace can accommodate 800 guests, however for this event guest numbers were around the 200 mark, which is still way above average for a UK wedding. This wedding drew guests from all over the world, with Deepali and Chris thinking of everything so that everyone enjoyed a day to remember.

The couple had decided to split the marquee in two during the day, one side for the wedding breakfast which was an afternoon tea, and the other side for the entertainment in the evening. A dividing marquee wall was also installed so that the entertainment section remained unseen throughout the daytime. Uplighting in the day section was gold themed and red in the evening section. A 16×16 chequered dance floor was also laid as well as eight additional 2 metre plinths with extra lighting which really gave the venue a real wow factor look.

So a big wedding needs a big team …on site for this wedding with ourselves were Indian cuisine specialists Indus Catering who also installed the beautiful persian rugs, low level seating and brass tables in the entertainment side of the marquee, Toastmaster Nigel Neve, TDH Media who were covering all the photography, videography and ‘marryoke’, Caricaturist Richard Nairn was there for 3 hours in the evening alongside Magician Matt Parro and The Hackney Colliery Band arrived at 10pm to play an hour set of modern music on brass instruments.

Deepali & Chris had booked the uplighting package with an upgraded lighting system and additional bass to accommodate the Bollywood music they had incorporated into their evening disco. As the marquee divider was revealed during room turnaround the marquee looked absolutely stunning.

The video filmed below was shot 5 minutes before the first dance.

With the daytime formalities concluded Deepali & Chris changed into traditional Indian attire for first dance and rest of the evening. With the first dance concluded around 8pm the evening started off mainly with the Bollywood music on the playlist, taking us through to 10pm for The Hackney Colliery Bands to start their 1 hour set.

Around 930 we also had a surprise appearance from a pair of Indian drummers who played along to some of the Bollywood as seen in the video below before Deepali surprised Chris with a birthday cake which was brought out to the tune of Z Cars.

Another highlight of the evening for the couple was the conclusion to the ‘marryoke’ that TDH had been filming throughout the day.

If your not familiar with a ‘marryoke’, its a pop video of your wedding with guests singing a line from the song at various points throughout the day. The final part of the video is filmed as the second song following the first dance, on this occasion it was ‘Happy’ by Pharrell Williams and we had them jumping all over the place and singing into Paige’s camera whilst Leyla photographed and Stephen filmed from different angles.

With the couple due to fly out to India on Monday morning, the crew at TDH then had to get all the footage straight back to base to get that edited on a very tight schedule …which they achieved as promised.

We are hoping to get a copy of that so we can include it in the blog, in the meantime we all wish Deepali & Chris all the very best for a hectic but no doubt amazing week …not forgetting the upcoming honeymoon too.

After a long pack down we eventually got away from the venue around 2am and would like to thank Barnaby from Addington Palace for his hospitality on the day and taking care of all the minor details to ensure that everything flowed smoothly …we very much hope to work with the team there again soon.

If you are planning your wedding at Addington Palace please contact us to discuss any of our packages.

Thanks for reading, feel free please visit our venue played at page for other videos and reviews