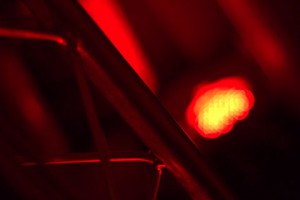 The end of January/start of February is a time I regularly take 2-3 weeks off work as its generally the only opportunity throughout the year to take a break, so with my batteries fully recharged again it was time again to kick start a new wedding season. With 4 weddings coming up over the next 7 days we started the new season with a 5 hour round trip down to south Hampshire for Ciara and Duncans wedding reception. Rhinefield House sits deep in the New Forest National Park and is regarded as one of the grandest New Forest Hotels and one of the finest hotels in Hampshire. It boasts 50 bedrooms, an outdoor pool, leisure facilities and regularly host Spa experiences, I had been there once before, coincidently it was last February and one of the first weddings of 2012. 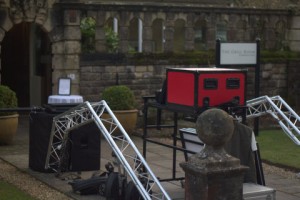 Ciara & Duncan had booked exclusive use of the entire hotel for this wedding, on my arrival there was a short delay accessing the disco room as the wedding was running 30-60 mins late so I made the most of the time and unloaded the equipment. Once the wedding party had moved through the disco room into the room hosting the meal I was able to get in and set up the equipment.

Its a good room for a disco, there is a bar next to the dancefloor (provided by the venue) and some comfy furnishings. The bride and groom had booked 5 uplighters, 4 set to red in each corner of the room and one yellow uplighter to be situated behind the bar to give that a nice ambient feel. For DJ’s knowledge, you park/unload outside the Grill Room entrance then you have to move your vehicle into the nearby car park. The walk through to the disco room is fairly short, there is no sound limiter at this venue and haze in small doses doesn’t affect the detector as it is quite a high ceiling, all the wall lights and chandelier are controllable by dimmer switch which is located at the rear of the room, in my opinion if you have some good light coming from your set up then you will probably want them all switched off, especially if you are providing uplighting. 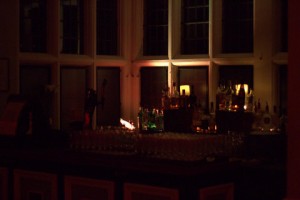 Interestingly this weekend see’s back to back playlists dominated by Rock, 60s and Party Classics and the first dance got under way just after 9, which was around an hour later than scheduled. The bride & groom had also laid on a casino for friends and family so initially guests were scattered amongst several different rooms but from 10pm onwards the dancefloor was packed and consisting of a few lively characters which helped contributed toward a fantastic last couple of hours including a memorable lively Irish contingent (complete with a male guest who insisted on showing me his nipple everytime I played a favourable song – much to the annoyance of his wife/girlfriend) …and “ex RAF Dave” who had a particular liking for The Doors, ACDC and Iggy Pop, all of which I managed to get played for him at appropriate times throughout the evening. He did insist they were for the bride and groom but I think there was a bit of self indulgence going on there  🙂

Unfortunately our regular photographer Julia (of Remember That Photo ?) was in demand elsewhere covering a Masonic function so there are no photos from this particular wedding, but she will be back for tomorrows wedding in Faversham. Next Friday see’s us make another trip back to Hampshire followed by a castle wedding back in Kent next Saturday on the 23rd …keep an eye out for the blog/playlist of that one …it’s a Choice Entertainment first !

Here’s the set list from Saturday, if you were at the wedding how about leaving us a comment.